Berdans Sharpshooters
I started my Berdans sharpshooters a while ago but they have received a bit of interest elsewhere on the WEB  so I decided why not add them to my blog. I have done a lot of conversions on these due to having a bit of a soft spot for them, and anyone who knows me will know that I can help myself with conversions. 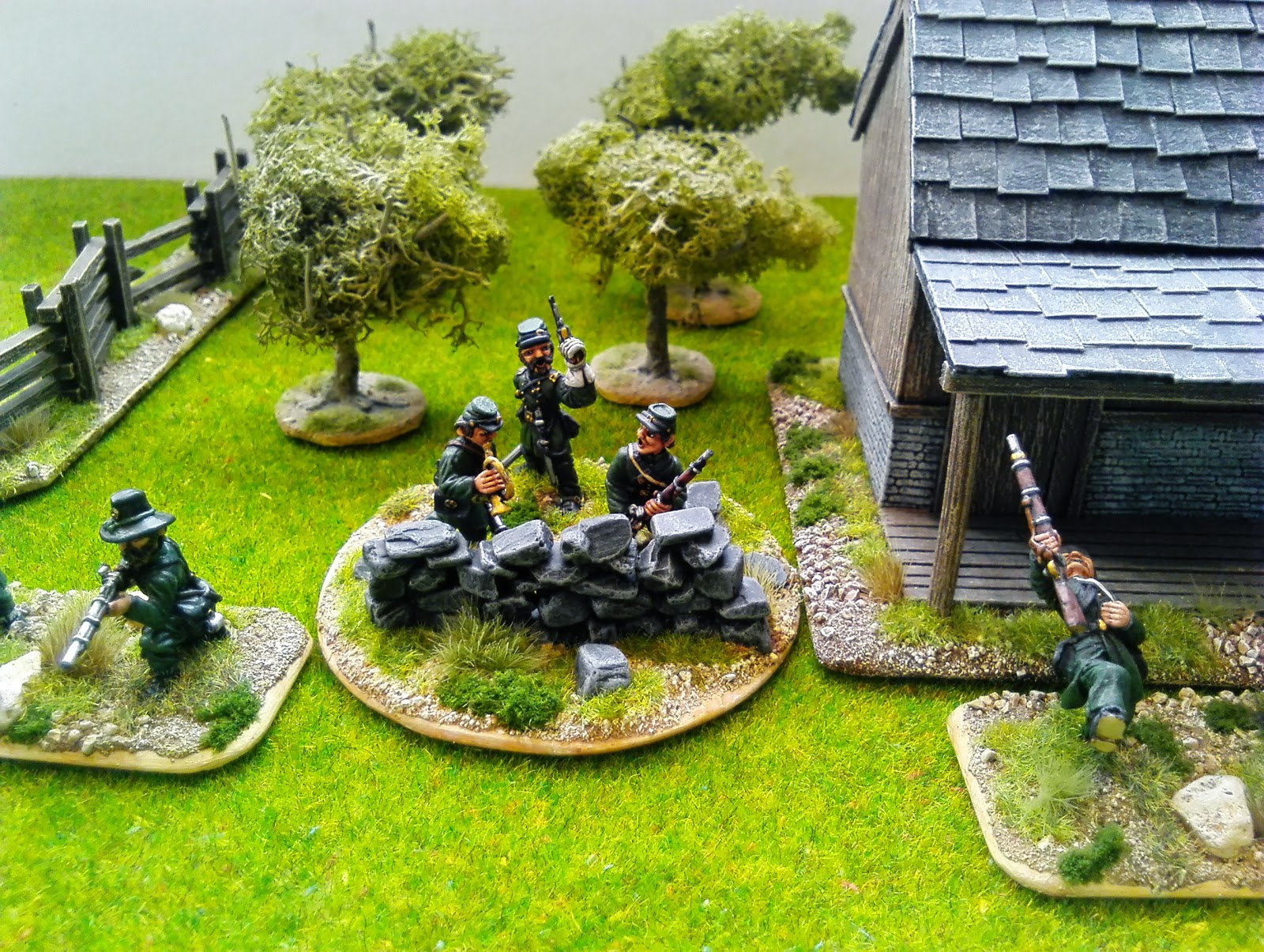 The command stand
The officer started life as J chamberlain "bayonets" cracking little figure in its own right but I thought he would make a good officer for my Berdans, so off came the arm and a new one was made from greenstuff , the pistol was also scratched from greenstuff and I added a bit more facial hair. All figures on the command stand are conversions of one sort or another. 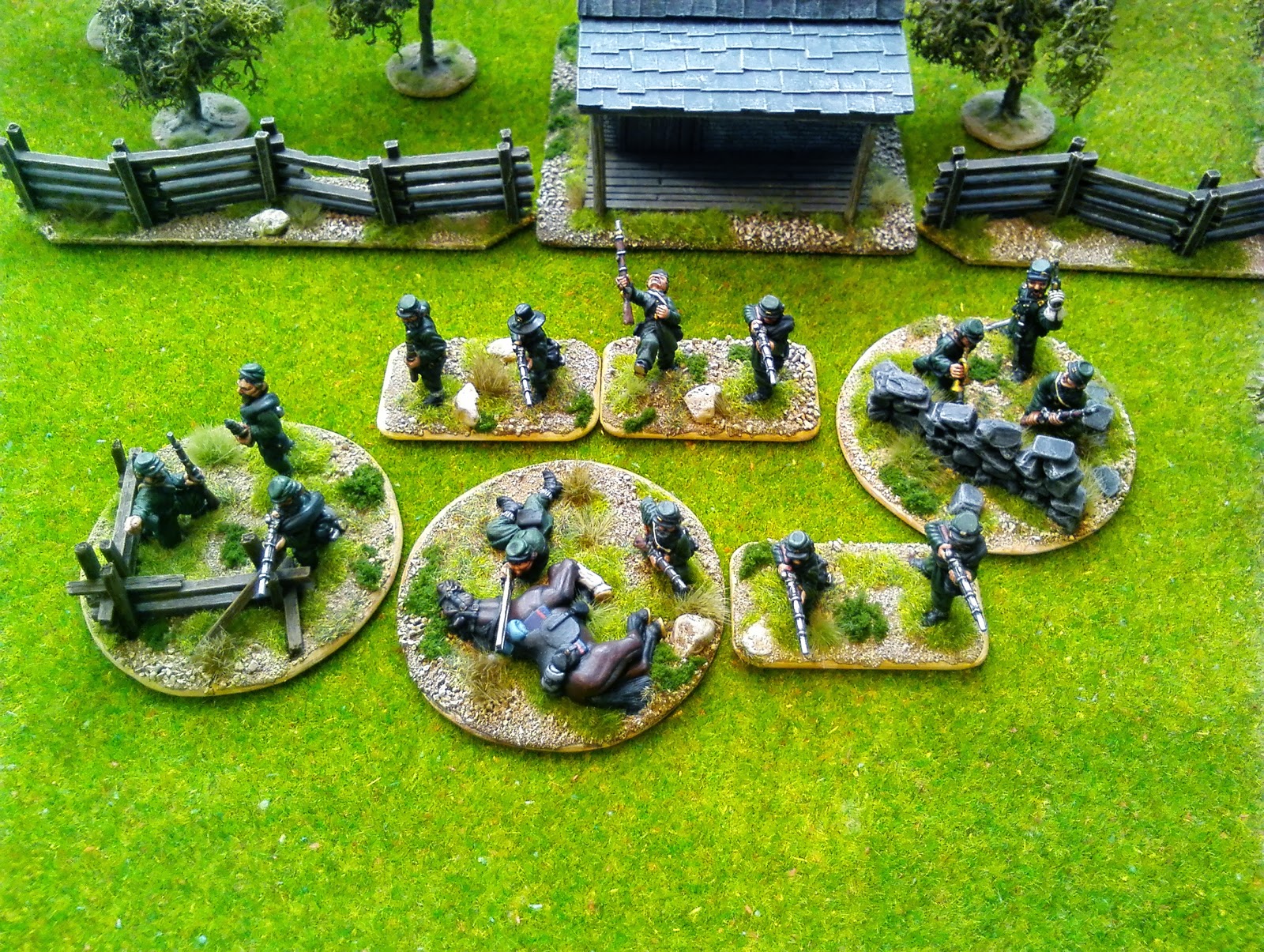 My full force of Berdans so far, I cant recall which ones are conversions I have done that many, from simple weapon swaps to hacking figures in two and making a completely new figure. 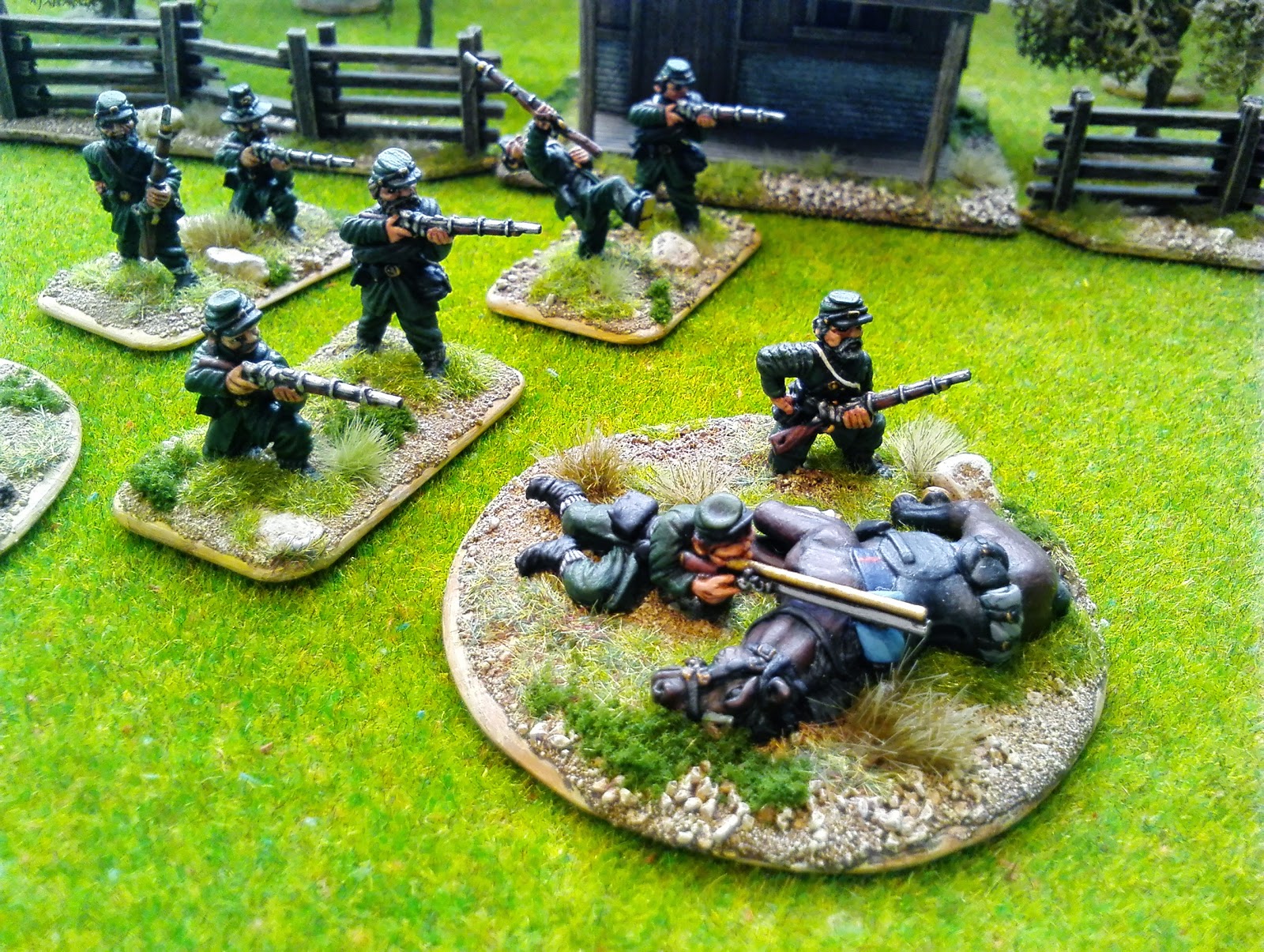 Finally my favourite piece the prone figure firing over the dead horse! the other guy on the base is two figures once again used to make a unique figure reaching into his cartridge pouch. So I have put a lot of work into these guys but I think its being well worth it, and I haven't finished with them yet!
Posted by Russ at 11:00