I have finished up and based my latest addition to my Union forces, I have a passion for the American Civil War and have had for over three decades! I started out with Airfix and Esci soft plastic figures, I converted hundreds of them. I gave the whole collection to my brother who promptly sold it all for a tenner at a bring and buy! I was gutted! Then I discovered Dixon Miniatures new line of figures for the ACW, I bought a few and became hooked and I have collected them ever since. Now that's a lot of years and a lot of hours spent painting, my collection has undergone one major refurb which as seen most of my collection repainted and rebased. New additions have slowed down I must admit! but I'm hoping to remedy that going worward. So drum roll please 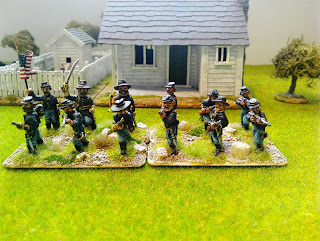 My Union forces were mainly cavalry based, and after adding 5 infantry Regiments early last year I decided to add another regiment of Dismounted Cavalry. 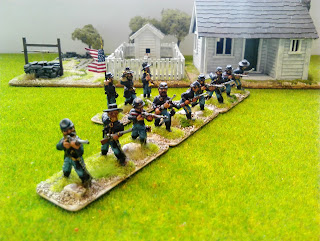 The lighting wasn't the best but we did have some snow this morning so while the weak sun made its appearance I did my best to grab the opportunity. 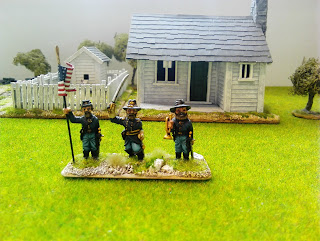 There are a couple of conversions thrown in for good measure, bugler being one, and a slightly more advanced conversion. The top half of one and the bottom half of another, he is first left in the second picture. 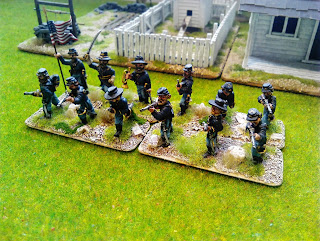 So thanks for looking, thanks for reading my endless ramblings and
Catch you all soon cheers Russ