Bolt Action Miniatures Kriegsmarine box set.
So after a slight break I am back into my Bolt Action collection, these little gems had my name wrote on them as soon as I saw them. Cracking little figures and something a little bit different for my German forces. I have based them to add to my defence of Berlin forces, rubble strewn bases and a few extra details added to them just to make them stand out a little bit more 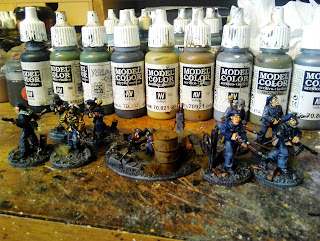 First up the full squad in all its blue and grey glory, the cap on the officer looks pulled down slightly to far but not enough to spoil the figure. Although when I first got the box set the smg he carried was broken which did dampen my enthusiasm for them a tad, but Warlord Games came through and replace him for me. One thing you cant fault Warlord on is their after sales service, disappointing to find damaged figures but things normally get rectified quickly once you contact them. 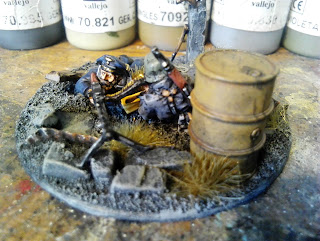 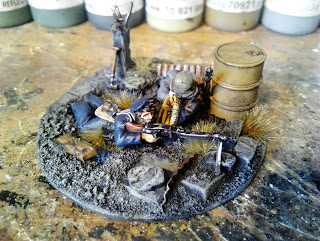 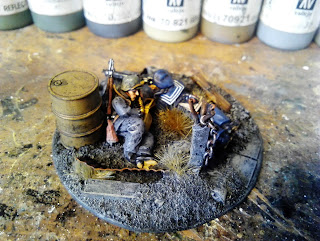 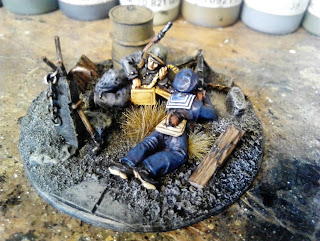 I really made an effort with the basing and hopefully it shows, I tried to add lots of little touches to really bring them to life. I can see me adding a second box to collection, I really like them that much. So thanks for looking and hopefully I will post more soon
cheers Russ 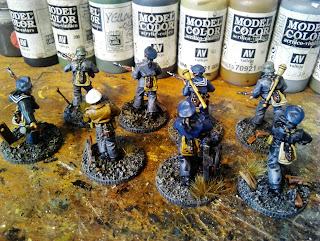