The clear out continues German Armour

The clear out continues, this time its German vehicles, all from Warlord Games. Mostly plastic except for the armoured car, which is resin and metal. So on to the goodies

A couple of stuGs 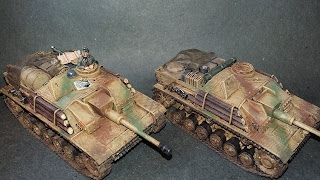 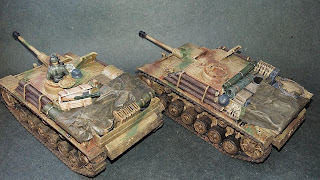 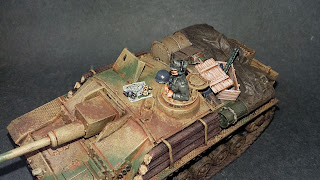 both have additional log side armour added, and are detailed in both scratchbuilt additions and bought stowage. I'm asking £45 each or both for £80 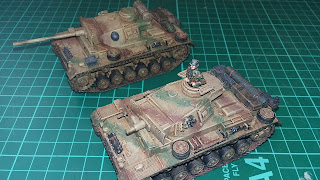 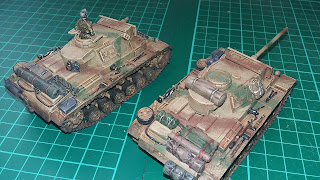 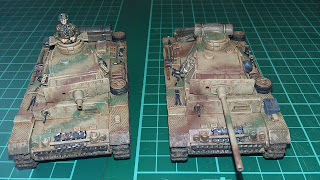 easiest way of describing them is long and short barrel, additional stowage added. Once again £45 each for both for £80 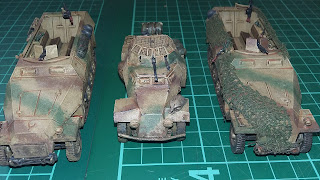 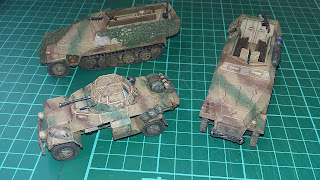 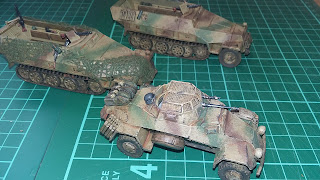 once again stowage and some interior detailing added. £38 each or all 3 for £110. I'm going to the other partizan Sunday 18th August 2019 and I'm willing to bring them if anyone is interested.

And finally the last levy 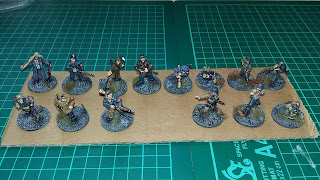 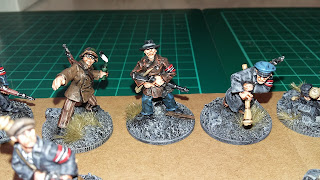 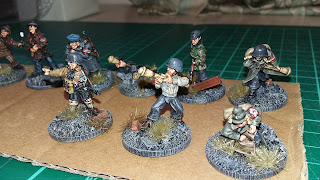 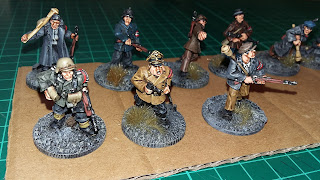 A mix of old and young defenders ready to battle for the father land, 14 figures in total will accept £60. All based on rubble strewn bases.

So the clear out continues and I'm slowly beginning to regain control of my hobby room. I'm trying my best not commit to anything new until I at least have space for it, but hey I am going to Partizan so that could all change.

Thanks for looking
Cheers for now Russ