My Panthers are well on the way to being finished! Its being my first bash on using my Airbrush, a prezzie from my better half bless her. I'm happy with the results for my first attempt, I still have a long way to go but its a start 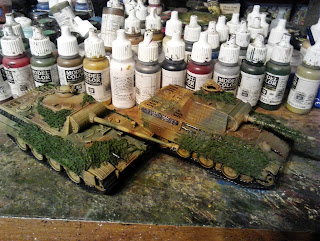 I have also made a second attempt at camouflage netting, which I can happily say is better than my first attempt! Hopefully with a bit more tweaking I will have it nailed and be in a position to do a tutorial! 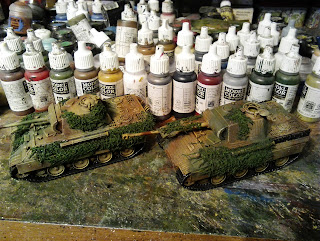 I still have a bit of damage, muck and dirt to add, the tracks need finishing off and I have a commander to paint. 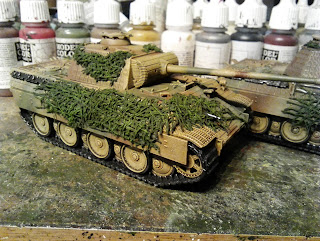 For easy to build kits they paint up pretty neat and look the part, they arn't quite in Tamiyas league but not having too many parts to put together is a God send in the time stakes, and it means less parts to break off with my clumsy hands. The Panzer iv is still under construction but its also a cracking kit and hopefully it should make an appearance before the new year! 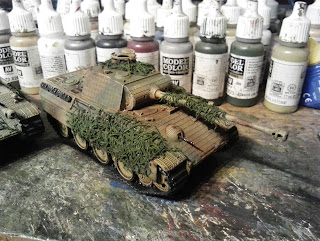