I proudly present my latest addition to my Confederate forces 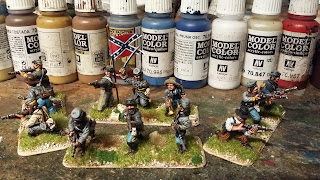 They are a real mix of characters, there are a couple of conversions thrown in for good measure! I really can't help myself I'm afraid. 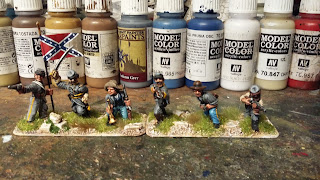 They are from left to right. First one standard bearer! he was sadly missing an arm and head so he was stuck back together using various spare parts. Next one up trumpeter! He was a kneeling Indian scout, once again head removed and replaced and a bugle added. Last but not least the fifth figure across. Crouching low with a carbine, he started life as a cowboy carrying a shotgun! Shotgun removed and a ammo pouch added to the rear of his belt. I wouldn't say I'm addicted to converting figures but I do get a massive kick out of it. 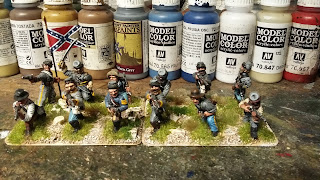 The mix of uniforms and civilian clothing seem to be the standard image of the Confederate forces, so hopefully they are not to much of a mix and match assortment. 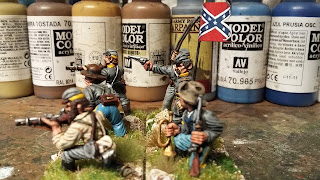 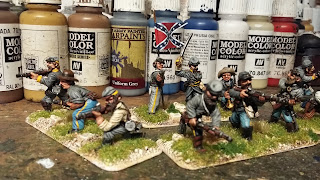