I have started toying with a new Project! Project Z from Warlord Games. I suppose I have finally being bitten by the zombie bug, no pun intended!
They are really nice figures, and they have a good selection of figures from survivors to biker gangs! More of the bikers in later posts! 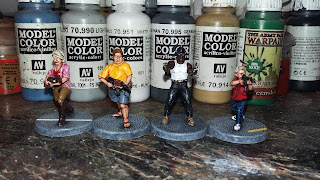 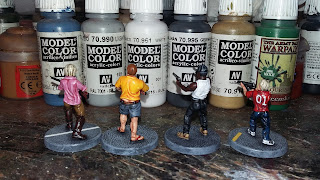 Nice figures, plenty of spares and some awesome weaponry included! So that's the beginning of a new project despite my promise's of no new projects until I've cleared some of the lead/plastic mountain.

So thanks for looking
Cheers for now Russ
Posted by Russ at 10:36