It's being much longer then I intended between posts but I've finally got the time to add a new post. I have being painting my Ultramarines on and off for a good few months now and here is the range of my works so far. 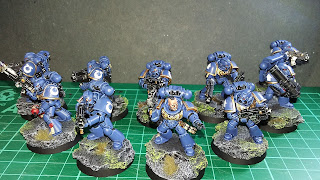 I've not really painted 40K for a number of years, long long ago when I was young and had hair 40K was born and I was drawn into its world! The first real pull was the original plastic box set, and then I was hooked! 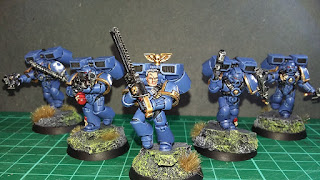 I can honestly say I've enjoyed painting these little blue fellas, the gaming side no longer interests me but despite that painting and collecting still spikes my imagination. 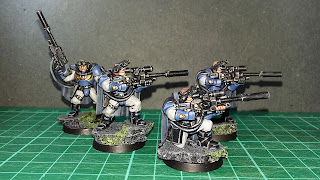 I strayed from the normal blue for Ultramarines so it was easy to go for a grey colour for the scouts uniforms instead of the off white colour that seems the norm.

The last scout and Terminator's 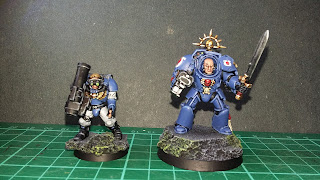 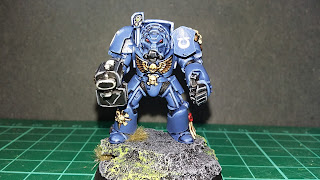 So my force continues to grow slowly but steadily, next up I added some Sterguard Veteran's 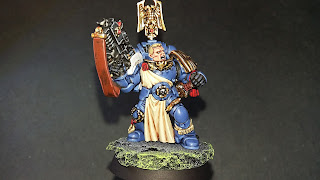 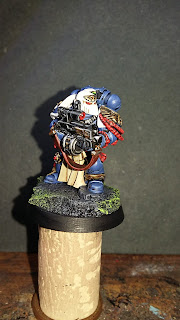 Due to work commitments my time is severely restricted so I've not even had time to gather the boys together for a group photo, so I'm afraid it's just a string of photos that I've took as I've gone along. Hopefully I will get a chance to remedy that sooner rather than later. 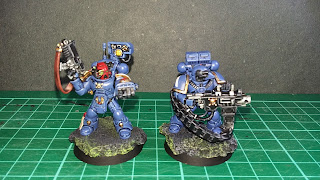 I have some way to go to finish up these guys but I'm still trying to finalise the exact way I intend to portray these guys! 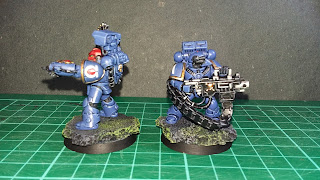 Hopefully I will soon be adding more to my Ultramarines force! Time is the real enemy and at the moment it's winning! The battle may be not going my way but the war is not lost.

So thanks for looking
Cheers for now Russ
Posted by Russ at 08:22