My final post of 2017!
It's being a productive few weeks hobby wise despite both Christmas and the New years festivities being in full swing.  My Waffen SS are growing rather rapidly, they are another mix of both plastic and metal models. 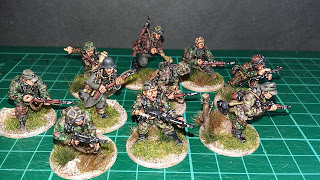 the metal figures are mainly from the sturmbattalion Charlemagne and also from the Waffen SS box set. The plastics are from the new plastic box set, they are all cracking figures. 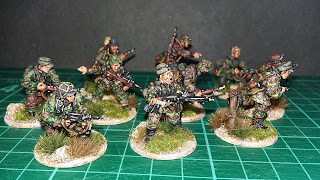 The uniforms are a good mix of camo smocks, and good old pea dot. The choice of heads makes them even better 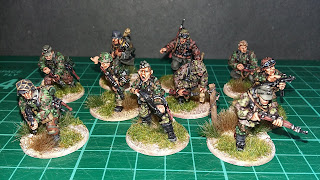 so that brings my post to an end and almost time to usher in a new year!
So thanks to everyone who's visited my blog and all the best for the coming new year
All the best Russ
Posted by Russ at 06:57