A couple of weeks ago I made a second attempt at thinning out my out of hand collection of figures and terrain. My hobby room is or should I say was fit to burst so off to Hammerhead we went. I attempted the table top sale at vapnatrak and although I did sell a few bits and pieces I brought most of it back home. I wasn't well and Man flu got the best of me I'm affraid. Not one to give up I booked a couple of slots at hammerheads table top sale. I never thought in my wildest dreams I would sell as much as I did. I met some fantastic people and made a bit of cash. Yes I did invest some of it straight back into new projects, I no longer game i just paint and collect so I treated myself a little.

One of the great people I met was a guy called Steve, real nice guy. We chatted a bit and I agreed to paint some Dead mans hand figures for him. I work full time so a speedy turn around on figures isn't possible but this didn't bother him. So two weeks later and his figures are ready to posted.

The other seven and the tong gang face off in the main street. 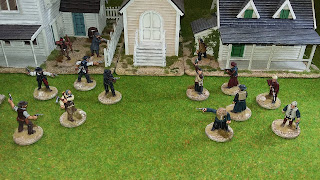 The Other Seven, after watching the magnificent seven remake you can tell who these guys are meant to be. 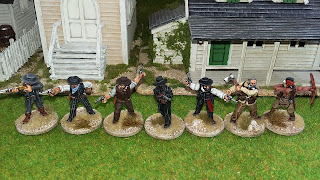 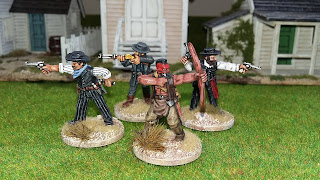 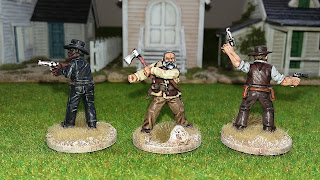 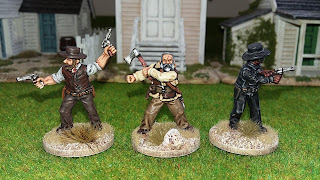 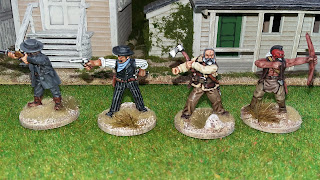 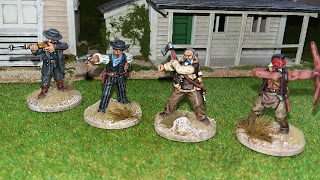 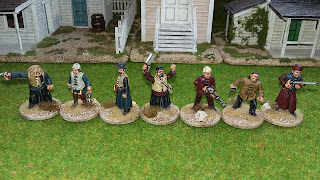 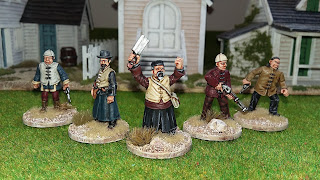 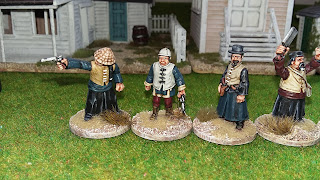 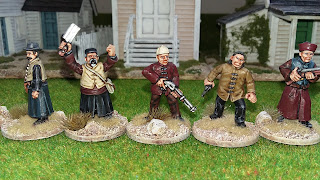 I'm not the best at photography, but hopefully these photos do them some justice. So thanks Steve for giving me the opportunity to paint these cracking little figures, it's being a real buzz!

So thanks to everyone I got to speak to at hammerhead, and of course the organisers! It was a cracking show

Thanks for looking all the best
Cheers for now Russ