Back to the desert

I decided to return to my Afrikakorps and added a couple more squads and another mortar team. It seems weird painting stuff like this while the season here is the exact opposite, least I've morries about getting a suntan or heat stroke. The infantry are Warlord Games plastic and the mortar team is part of the metal support box. 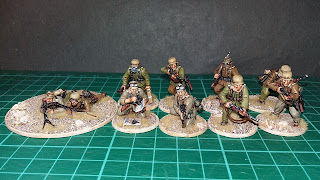 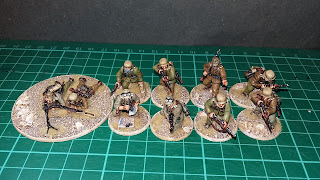 I've added my usual mix of uniforms and mixed in parts from the Panzer Grenadier set. There is something missing if a few figures haven't got rolled up sleeves and a mix of parts from the other sets. 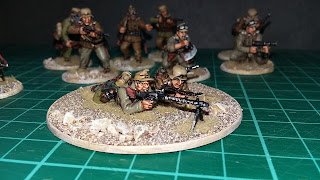 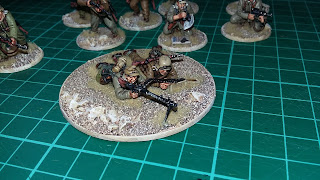 So all in all I'm pretty happy with the outcome, they may not be 100% accurate but im happy with them. The spares box is growing but the way I mix and match parts from the plastic sets it's not very often a part doesn't find a new use or purpose. There are always nice bits and pieces that can be drafted into use even if there not designed to be used as such! But Hey that's the beauty of plastics! Cut, stick, saw and drill it's much easier when using plastic parts. 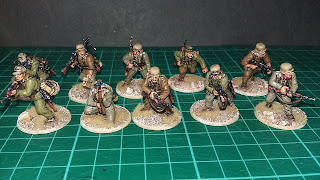 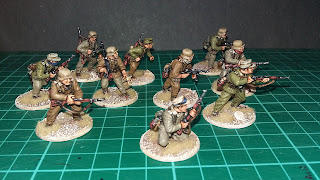 Once again parts used from the spares box include bits from the panzer grenadiers set. I did find the arms that come with the Afrikakorps a bit repetitive but with a bit of imagination and cutters, glue and spare arms, quite a lot can be achieved relatively easily. 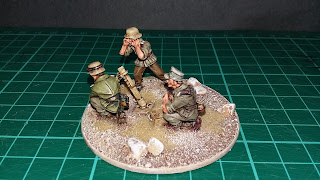 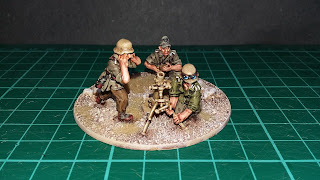 These guys are just cleaned up and painted, I've no greenstuff at present so head swaps haven't been an option. I Normally have the compulsion to cut off a few heads and swap them about on metal figures.  Even mixing in a few plastic heads if they look right.

So that's about it for my latest post, I'm getting back into my stride hobby wise and hopefully it wont be long before I'm posting again.
So keep looking and I will keep posting