Well it's being a long week but I've managed to finish up my latest masterpiece from bits I've had laying around for a while. 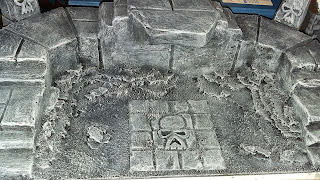 It's more chaos fantasy terrain, I sold the temple I made! So I decided to make another piece. The bulk of it is foam insulation board, carved, shaped and covered with plaster to add texture. The rocks are again cork board that's being ripped into shape to add that nice rough texture. The skulls on the pillars and the skull set into the slabs are also carved out of foam board. 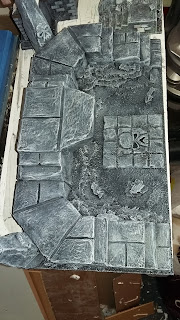 Once the whole thing was painted it was time to add some static grass, it had to be dead grass purely to give it that proper chaos dead feel. 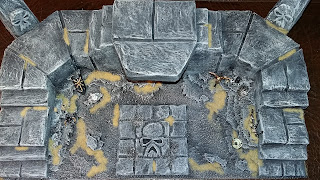 Then it was add a bit of detail, out came the spares box. That's one thing about Games Workshop kits, they nearly always come with loads of spare parts. 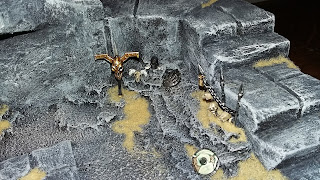 Some parts were cut up or altered slightly so they would sit on the terrain better, and of course I had to add some scratch built bits! They are only candles but for a first attempt I don't think they turned out not to shabby 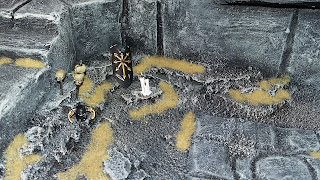 So what's next? I'm not sure but scratch building is addictive and I've still got loads of ideas! So anything is possible!

So thanks for looking,
Cheers for now Russ
Posted by Russ at 10:55