Normally I shy away from character models, I never seem to be able to capture the real look of them. So I surprised myself when I ordered these guys from Empress Miniatures.

Joker, Cowboy, Eightball and of course Animal Mother are such iconic characters I did consider just painting them as just normal grunts but! Well take a look a see for yourselves. For some reason I had real problems trying to get the camera on my phone to focus. 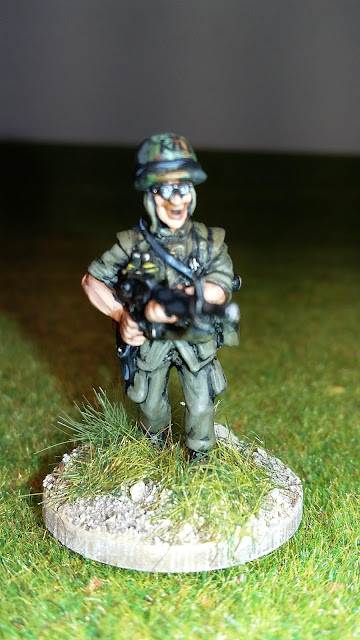 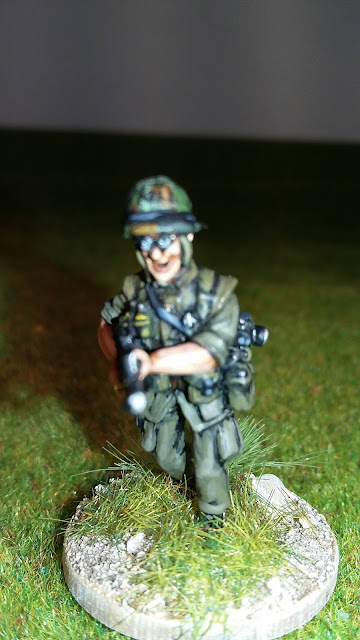 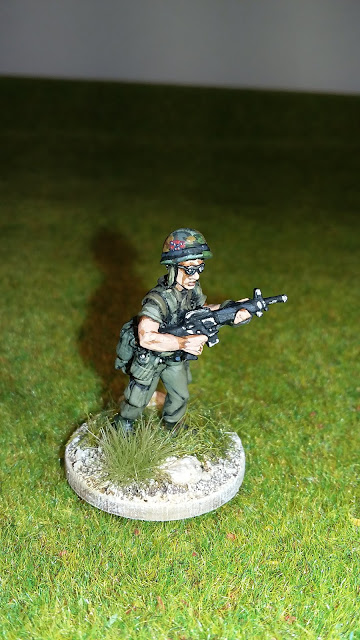 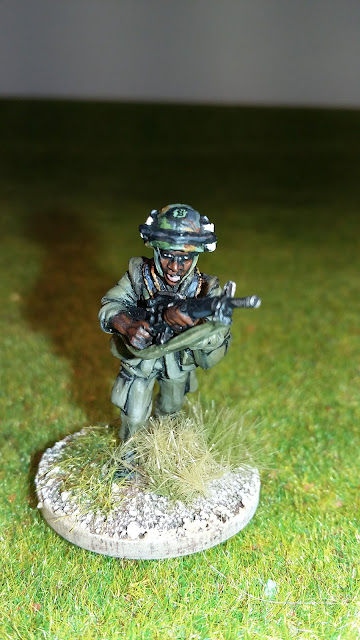 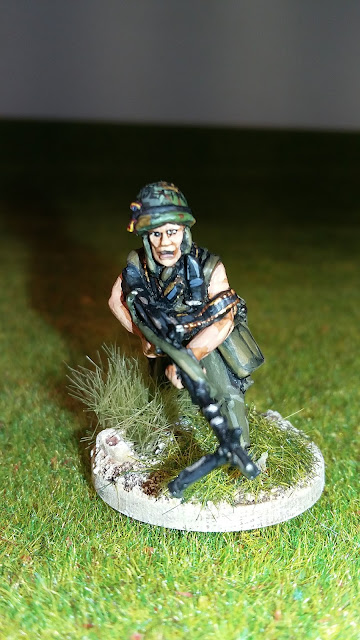 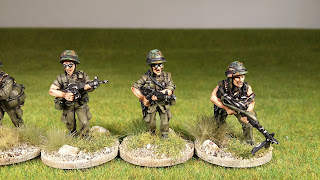 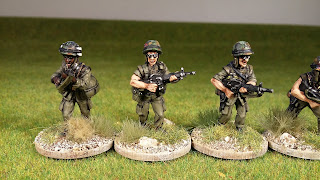 I tried adding as much detail to the helmet covers as I could, the Confederate flag on Cowboys helmet was the biggest challenge, even with my smallest brush I just couldn't get it spot on.

The rest of the squad
I planned my fire teams around groups of 10,  a Bloop gun, an M60 and the rest riflemen. 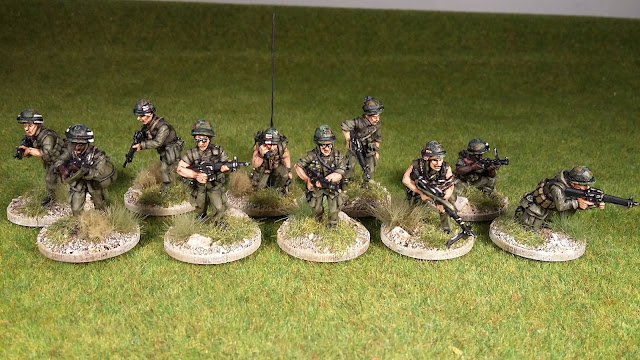 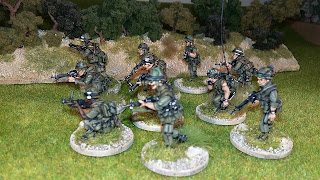 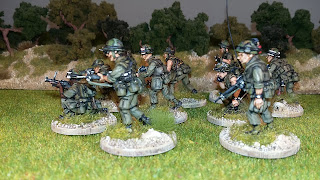 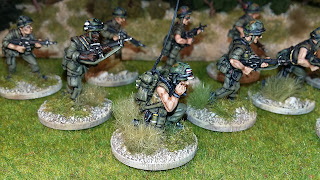 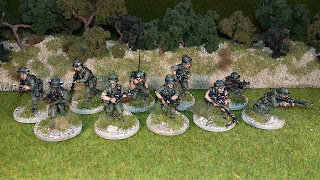 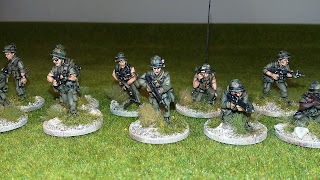 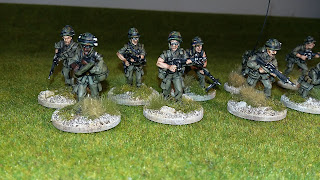 The tally is now 3 full squads and still more to paint, I didn't do a great job working out how many I needed so my next squad is going to be a tad short. I did order some Vietcong although I'm still playing around with a flesh tone that I'm completely happy with. I will hopefully be posting my next batch of recruits sooner rather then later.

So thanks for looking , feel free to comment! Feedback is always welcomed
Cheers for now Russ