These have been laying around almost finished for a while now! Ok almost 11months nearly finished. It really was just a case of a few bits needing touching up and the basing finished. I was slightly disappointed with the choice of rifle arms in the set but all in all I think they turned out rather well. So on to the figures 2 full ten men squads and a bit of support with a mortar crew. 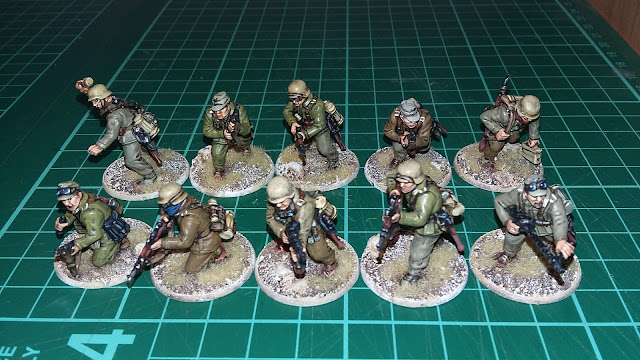 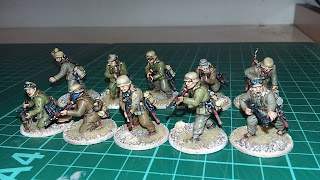 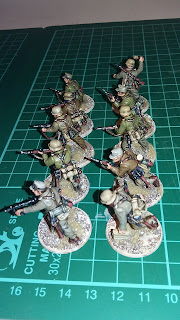 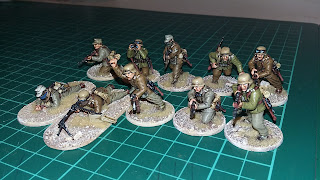 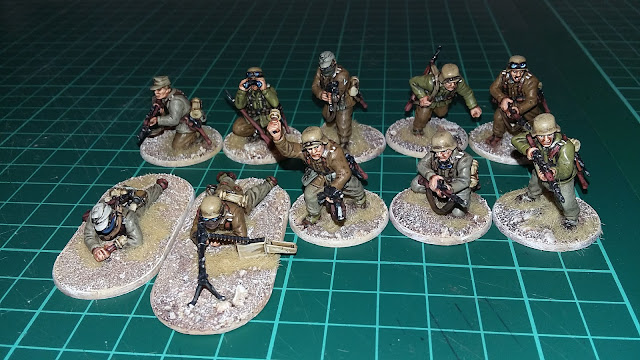 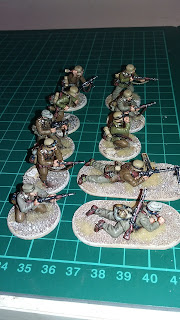 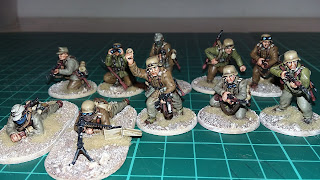 and finally the mortar team 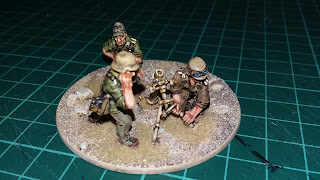 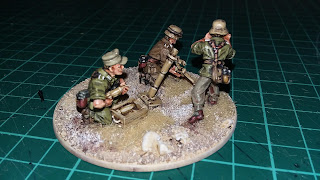 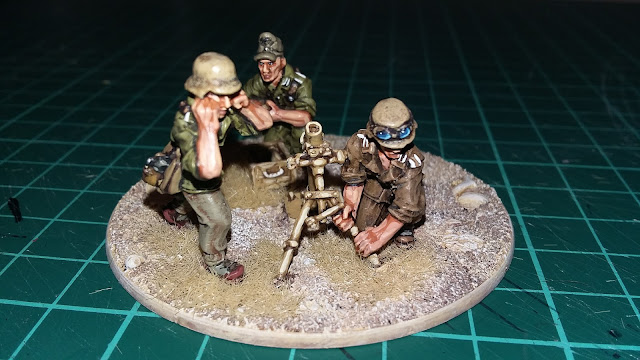 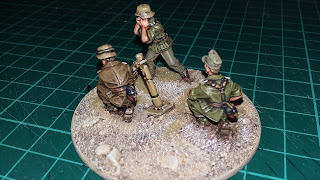 I varied the colours to give them the appearance I like when it comes to WW2, uniformed but not to uniformed. So thanks for looking and I will post again soon.