Lord of the Rings dark forces

I'm undergoing a tidy/clearout and came across my LoTR forces of darkness. Orcs and Uruk-hai to be precise! I was a huge fan when the films came out and I still am, but I lost I interest in the Miniatures, there are several reasons why but the main one was scale creep. Everything started off in scale but the then they started to become a lot larger models. I'm abit OCD when it comes to collecting figures and such, so I'm afraid the scale creep kind of killed the joy to a degree for me. I collected pretty much all the figures I could lay my hands on. Good, Evil it didn't matter I snapped up everything I came across. I've always liked collecting both sides although sometimes one side does slightly outweigh the other.

The scouts were the first Bad guys that really captured my imagination, they looked mean, moody and nasty with it. 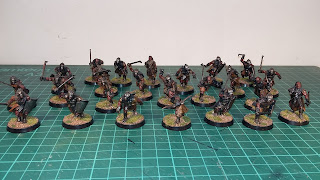 Now me being me, I decided to do abit of conversion work. I wanted each to look different in some way and just painting them slightly differently wasnt quite enough. 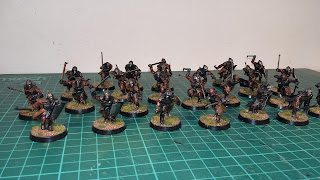 so some had weapons swapped or added, so some guys are carrying two blades instead of one and I also messed about with the shields to a degree 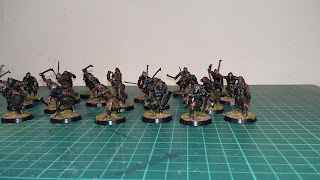 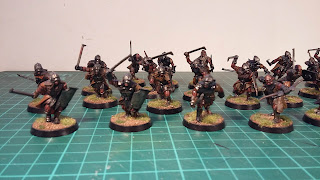 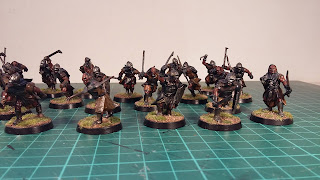 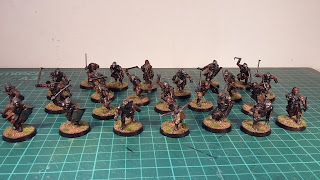 I think out of all my forces of evil the scouts stand head and shoulders above the rest.

These guys I wasnt sure about at first, a force of darkness that seemed to be almost uniformed in appearance! Once again I decided that I didn't want two figures the same so out came the greenstuff cutters and glue. 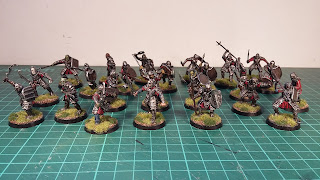 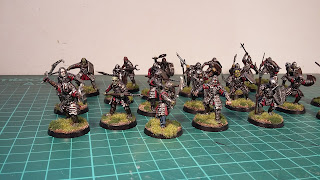 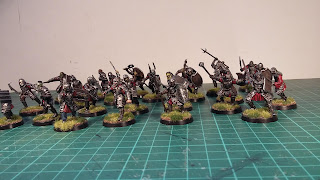 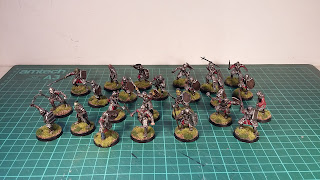 I reckon by the time I had finished with these my interest was still peaking, although if I remember correctly I was ready to move onto the forces of good.

Mordor Orcs
How could i have a collection of dark forces without these guys, they pretty much formed the backbone of the army. Unclean, undisciplined and fowl smelling. 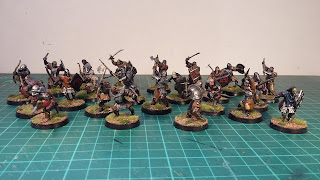 once again I found myself cutting sticking and green stuffing my way through a box of these guys. 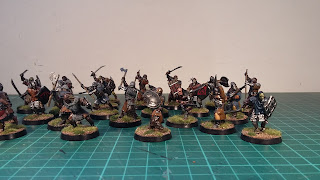 parts were swapped, added or removed. 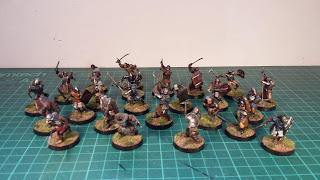 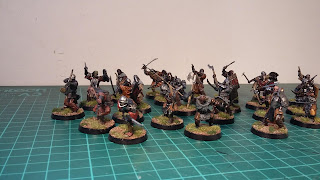 So there we have my forces of darkness from the LoTR, I know I have more but so far I've yet to come across them. Character models are missing and so are the normal Urak-hai. Siege troops, bezerkers are also yet to be found! But I'm sure they will turn up at some point.

So thanks for looking, stay safe look after yourselves and I will post again soon
Cheers for now
Russ