I've finished up the last squad from my box of Warlord Games US infantry, 2 squads for my own collection and a third for a friends collection. I've continued to mix up the uniform colours, I do like a variety in my troops. I'm pretty sure the likes of films such as "Kelly's Heroes" "The Dirty Dozen " "Battle of the Bulge" influenced my progress with these figures. Then again who wouldn't be influenced by the films they watched growing up.

Plastic figures still in some circles seem to be looked down upon! I dont see it myself but I enjoy building the plastic figures and the choice of parts helps create individual troops. Dont get me wrong, I pretty much buy, paint and collect anything that takes my fancy. Sat building figures in front of the TV is pretty enjoyable! Something I wont do with metal figures due to the mess scraping and filing metal makes.

The latest squad, who cant look at these guys and see the likes of Kelly's Heroes, and other such classic films. 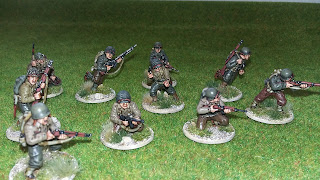 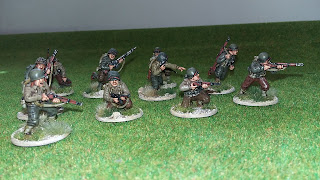 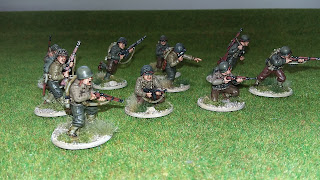 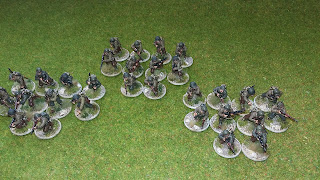 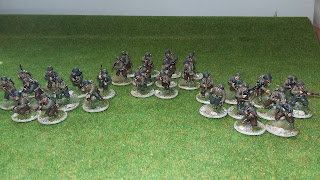 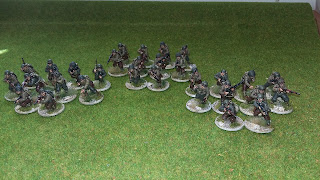 A few more close ups of the squads 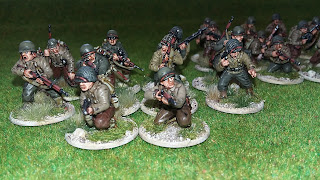 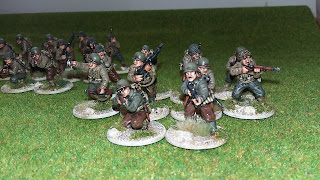 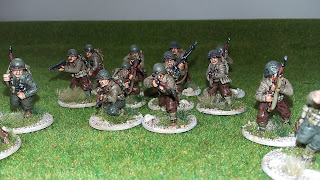 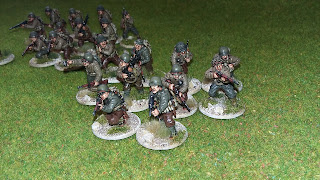 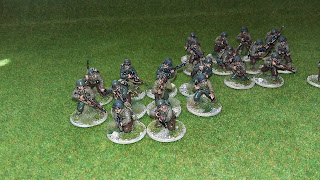 The figures paint up well, and in my opinion they look the part. I'm no expert but I reckon they pass muster. Now i have quite a few Bolt Action figures, but as always space is a issue but it wont stop me painting even more. I think a painter and collector is a worse curse then being a gamer! At least been a gamer is a purpose for having loads of figures. I haven't even got got that excuse!
Well that brings another post to an end, so thanks for looking. Feel free to comment
All the best cheers Russ